Bass fishing is a game of patterns, as the fish move fairly predictably throughout days and seasons. But add in the element of tidal fluctuations and the challenge deepens. Rising and falling water moves baitfish and bass follow; but access also factors here, as changing water levels open and close shallow habitats.

“Anytime you’re fishing tidal waters, it’s important to follow the schedule of the incoming and outgoing cycles on your depth-finder screen or a phone app,”says Mustad Pro Staff KevinVanDam. “Even though wind and moon phase can influence this, it’s important to know what the tide is doing."

The one thing I’ve learned about tidal fisheries is that when you get to the high-percentage targets, you really blister them.”
- Kevin VanDam

One of the keys to success on tidal fisheries is deciding between staking out an area and fishing it through the entire tidal range, or “running the tide.” The latter refers to the strategy of identifying a productive level in the incoming or outgoing tide and then moving up or down the waterway to stay with the ideal scenario.

From the California Delta, to the Mississippi Delta, to Chesapeake Bay, tidal fisheries present a mix of habitat features, all impacted by the wash of moving water.Grass and other aquatic vegetation is typically the dominant element, but wood and rock also play big roles. To make the most of his tidal fishery opportunities, VanDam keeps a trio of baits handy. 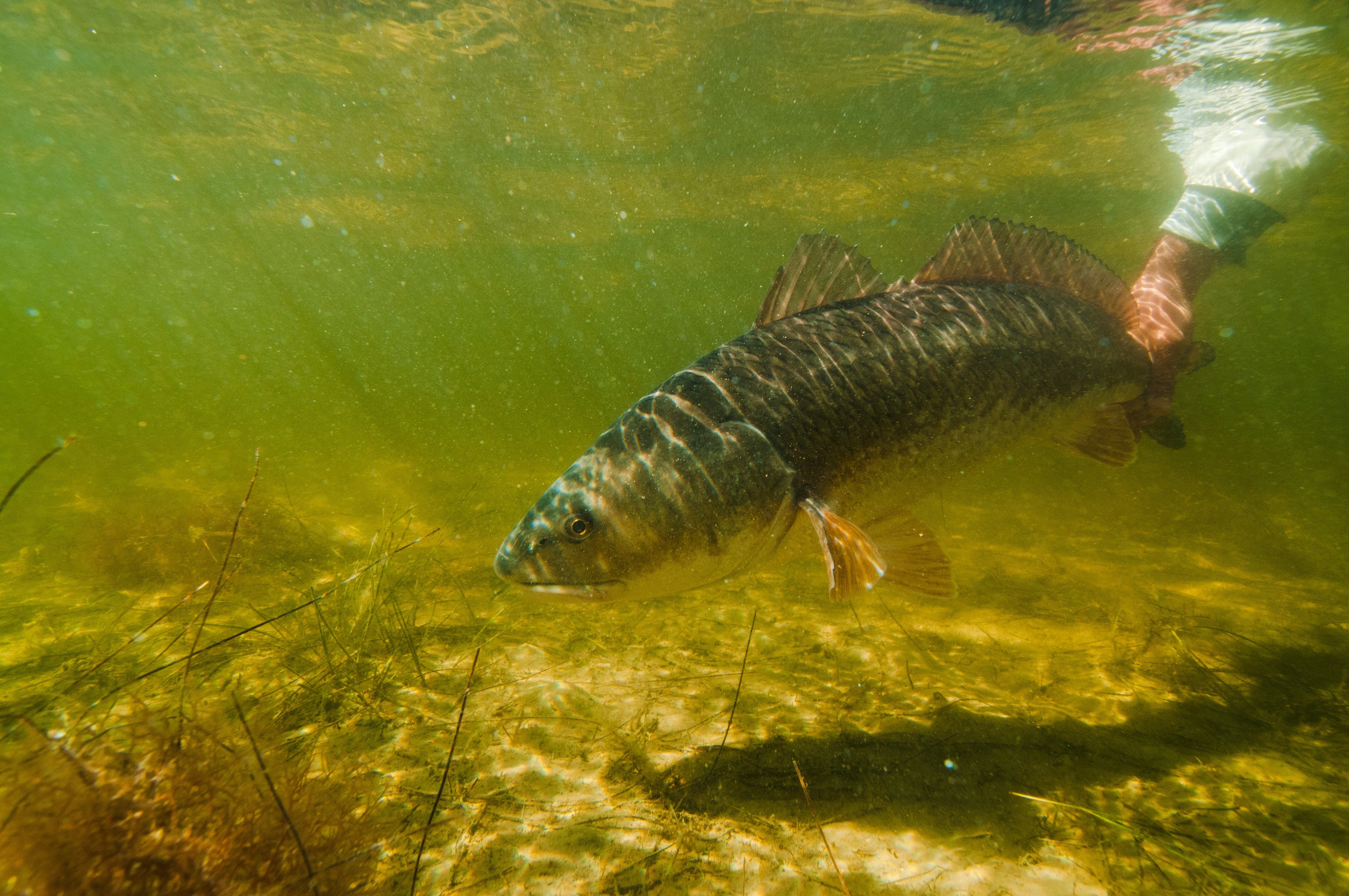 “My number one search bait that I’m going to use every day is a Strike King KVD 1.5 squarebill,” VanDam said. “These fish can become very neutral between tides and then it’s all about making multiple casts.

“Maybe there’s a laydown, or a rock corner, or the end piling on a large boat dock; you may think it’s an ideal spot, but you don’t necessarily get bit on the first cast. A lot of times, you have to make multiple casts or change your angles to get bit. So, the one thing I’ve learned about tidal fisheries is that when you get to the high-percentage targets, you really blister them.”

Considering the often rough, barnacle-laden habitat of a tidal fishery, VanDam switches out his bait’s stock hooks for No. 2 Mustad KVD TG76 short shank trebles. These extra-strong hooks can handle the added pressure of the upsized fluorocarbon he uses in the more demanding tidal environment.

“It’s not that incoming or outgoing is better, per se, but I like moving water. It always seems like that’s a benefit, especially during the summer.”
- Kevin VanDam

“The other thing you always need to have is a flipping bait; whether you’re punching grass or fishing around the wood or rock,” VanDam says. “If you’re using a small creature bait like a Strike King Rodent, a Rage Bug or a Menace, rigged on a 4/0 Mustad Denny Brauer Grip Pin flipping hook, it does a great job of imitating baitfish, bluegill or even the blue crabs. These tidal fisheries are very fertile because they have all the saltwater species — the shrimp, the crabs, the menhaden — on top of the bluegill, yellow perch, crawfish; the freshwater forage.”

VanDam rounds out his tidal fishery lineup with a spinnerbait. A 1/2-ounce is plenty big enough, but he’ll use double Colorado blades or a Colorado/Indiana combo for maximum flash, vibration and water displacement. To make sure he sticks whatever bites, VanDam adds a 2/0 Mustad 91707NPWS spinnerbait trailer hook.

“I want to make sure I run the spinnerbait into the pilings, bump into laydowns or fish it through the grass, so you’re going to get a lot of reaction strikes,” VanDam says. “That hook is long enough to reach the back of the skirt, but it’s short enough that it makes the bait weedless and I can fish it in the heaviest cover.”