Nature abounds with precisely-honed relationships that link predator and prey. For the lions of the African savannah, it is the wildebeest. For polar bears in the Arctic north, it is the seal. And for both largemouth and smallmouth bass, it is the crawfish. Few other prey items can reliably attract and trigger bass throughout the four seasons and across the bass’ entire range. To catch the oldest, heaviest crawfish eaters – the ones that inspire selfies and capture tournament hardware – anglers must wield the most lifelike crawfish lures to ever swim through the water and crawl across the bottom, leveraging precisely-engineered baits that not only look alive – but act that way too. Indeed, every bass angler needs the LIVETARGET LIVE CRAW as the cornerstone of their crawfish collection.

The industry’s undisputed leader in precisely replicating the profiles, anatomical features, and color patterns of Nature’s extensive forage library, LIVETARGET now takes lurecraft to previously unreachable levels in the new LIVE CRAW, by leveraging hydrodynamics, mechanics, and materials science to seamlessly unite form with function. Indeed, The LIVETARGET LIVE CRAW’s anatomy and appearance leave nothing to the imagination. Here, anglers and their finned adversaries will encounter a body and segmented tail molded from robust, buoyant ABS that stands up to the abuse dished out by rocks and timber – and angry bass. Buoyant, high-action TPE walking legs and pinchers provide nervous fluttering action during all phases of the retrieve, and a defensive ‘claws-up’ posture when the LIVE CRAW is paused on the bottom. Twin antennae, bulging compound eyes, and biomimetic colors that exactly replicate the hues and patterns of crawfish around the country: the LIVETARGET LIVE CRAW has them all. 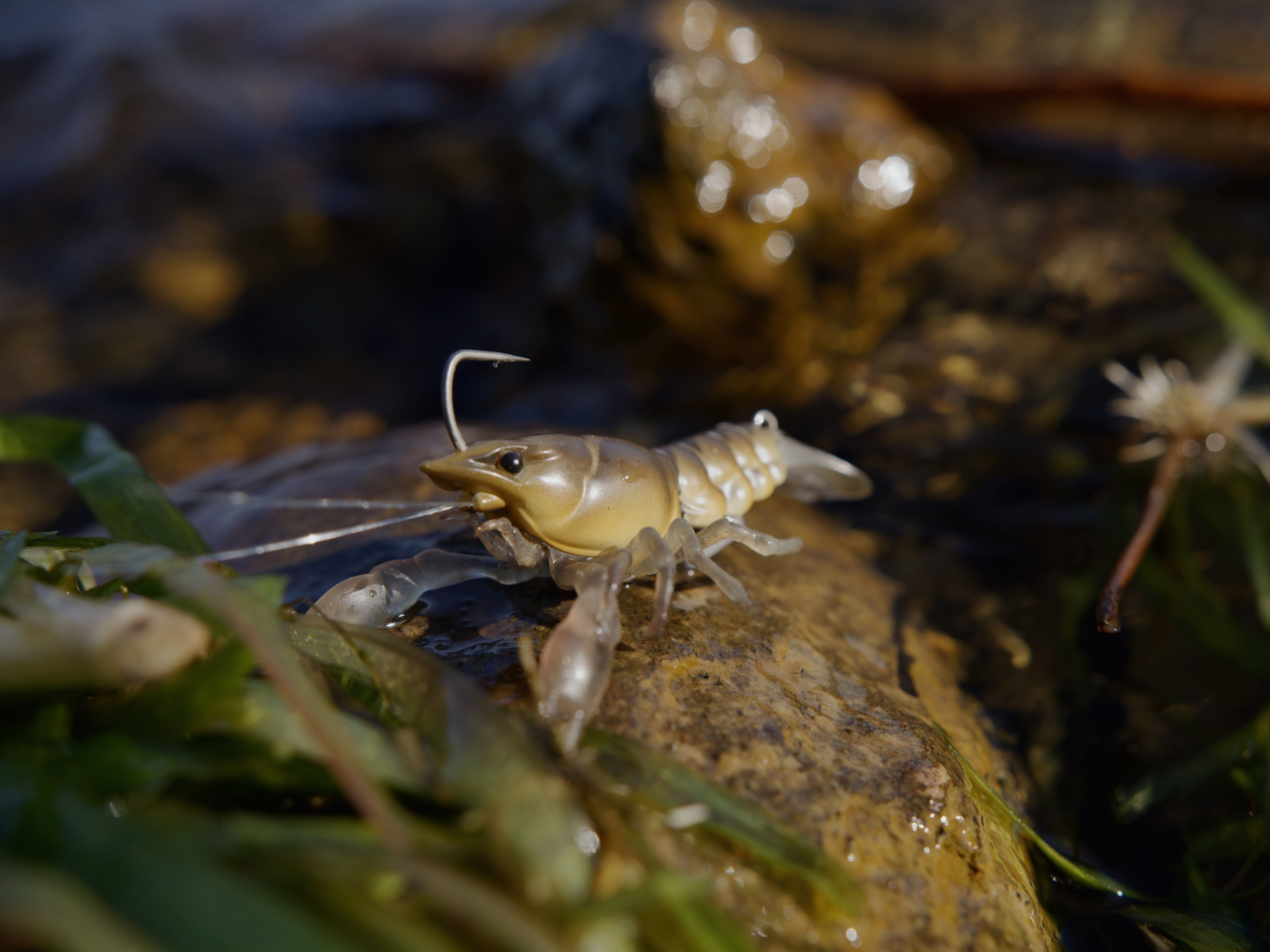 The LIVETARGET LIVE CRAW extends its deception beyond its outward appearance, masterfully replicating the natural movements of a vulnerable, exposed crawfish falling toward the bottom and then scurrying for safety once it lands. Thanks to a unique and interchangeable swing weight system, the LIVE CRAW falls through the water column with a vulnerable, horizontal profile. Insightful design of the swing weight ensures that the LIVE CRAW is slightly off-balance, creating a lifelike wobble as the lure descends or is worked across the bottom. Two interchangeable weights allow anglers to fine-tune the LIVE CRAW’s rate of descent through the water with precision to perfectly match the crustacean hatch. 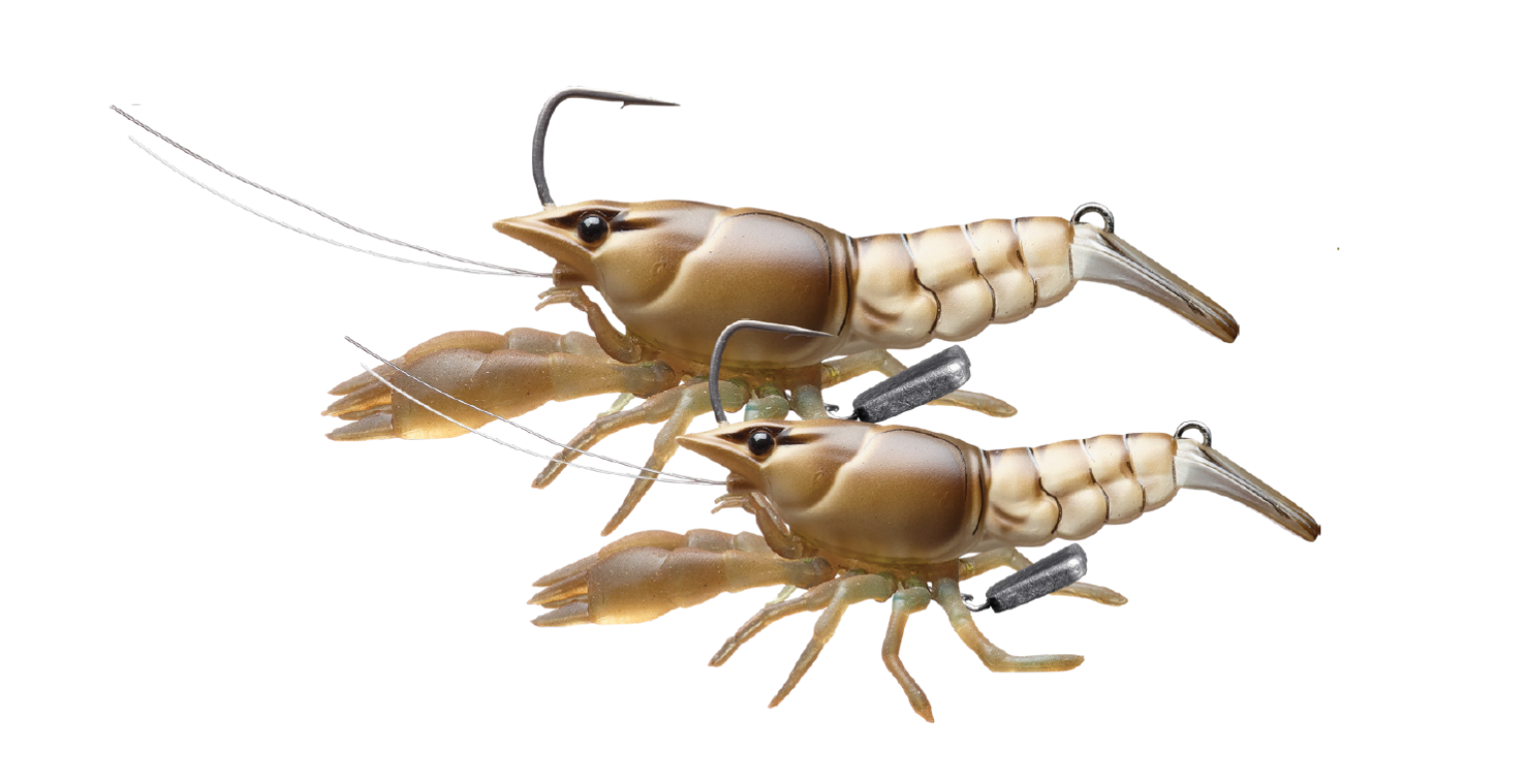 Beneath its exacting exterior, the LIVETARGET LIVE CRAW is armed with modern angling advantages that enhance its predator-attracting prowess and ensure that strikes are smoothly converted into fish in the tank. A single low-frequency knocker within the LIVE CRAW’s body creates a rhythmic, attention-seizing commotion that beckons bass from long distances. A stout Mustad hook ensures that any fish attacking the lure receives an unwelcome, lip-piercing surprise followed by a free ride to the triumphant angler’s landing net. No detail has been overlooked on the LIVE CRAW’s path to angling excellence. 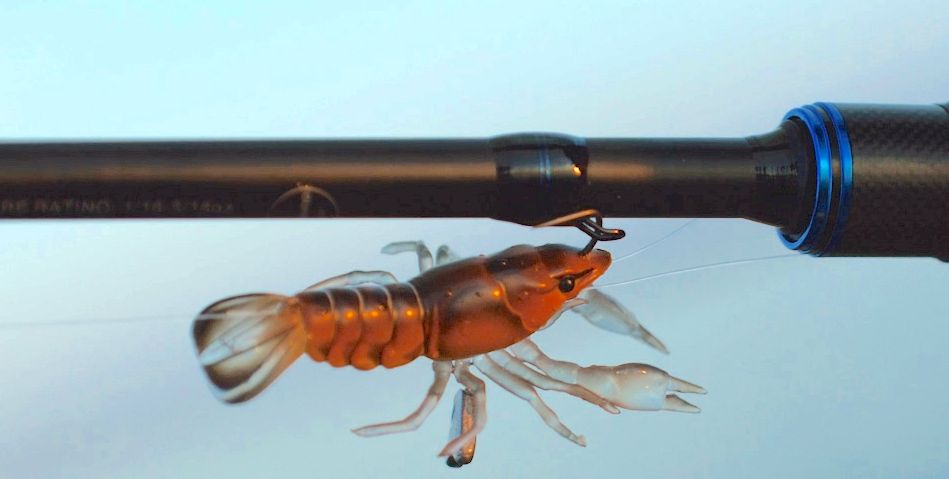 Insightful anglers armed with the LIVETARGET LIVE CRAW are perfectly positioned to land trophy-caliber bass throughout the seasons. Pivot between the two included swing weights to allow the LIVE CRAW to fall through the water with an incredibly lifelike, horizontal profile and natural pace, or use the heavier swing weight when fishing in deep water to reach the strike zone faster or when fishing in current to keep the lure near the bottom. The LIVE CRAW swims with a lifelike, off-balance wobble on a straight, slow retrieve –  but it also shines when pulled short distances and paused, or twitched across the bottom. The LIVE CRAW’s advanced engineering allows its supple, buoyant legs and claws to pulsate as the lure crawls and swims. When paused, the LIVE CRAW’s claws raise slowly up in a natural, defensive posture that every freshwater predator will immediately recognize. Indeed, the LIVETARGET LIVE CRAW is appearance and anatomy duplicated, motion and behavior replicated, and physics and chemistry harnessed to craft the first crawfish imitation that both looks AND acts alive.