The best poker players stake their fortunes on knowing how to play the cards they’re dealt. For Mustad pros Kevin VanDam and Brandon Lester, success at this week’s Bassmaster Classic means minimizing the gamble by prudently dealing with a moody Tennessee River.

Hosted by Knoxville and centered at the University of Tennessee, the March 15-17 event takes place on the top end of this storied waterway, where the Holston and French Broad rivers meet on the east side of town. Competition waters reach into these converging flows and continue downstream to include the Fort Loudoun Lake — the first of nine Tennessee Valley Authority reservoirs on the main river — and Tellico Lake, an adjacent impoundment of the Little Tennessee River, linked to Loudoun by a barge canal.

While opinions on where the winning fish will be found vary like boat wraps, most agree that recent meteorological impacts will play a prominent role in the Classic storyline. After a wet winter, the Tennessee River has experienced fluctuating water levels, with cold, muddy influx and heavy current. VanDam, who enters his 28th Classic, said that’s usually the formula for displaced fish — but it’s not necessarily a negative. 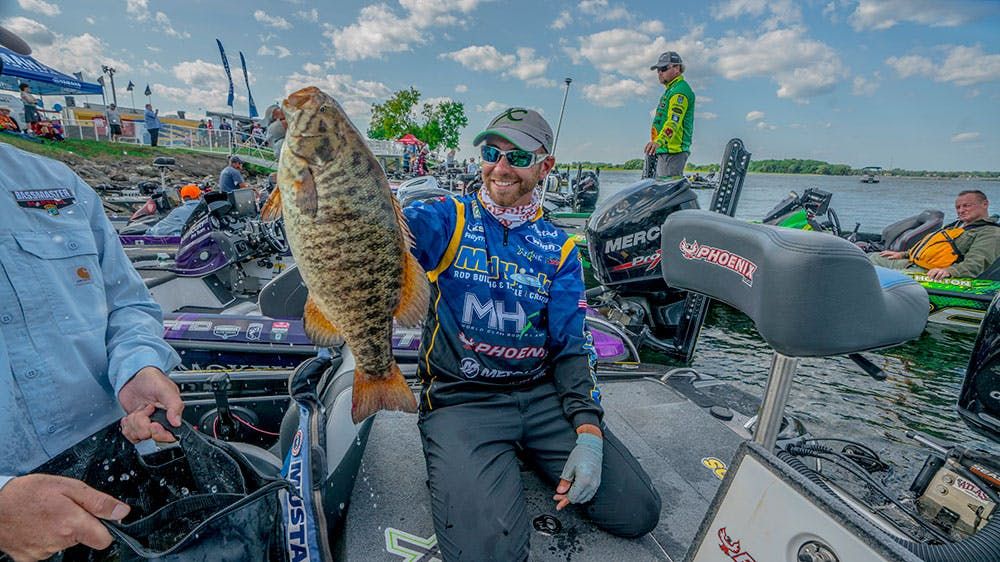 One thing about the strong current and the dirty water is it will eliminate a lot of areas and a lot of patterns. You don’t have to worry about the offshore bite.
- Kevin VanDam

Another point about fluctuations: they tend to level the playing field.

“I’ve never been on this system and I think that having no preconceived notions is a good thing,” VanDam said. “This Classic is not going to play into the locals’ hands because a lot of the little nooks and crannies and spots way up the river are all out the window now. This is going to be one of those deals where you’ll have to focus on the current conditions and make the best decisions by the hour.”

Noting his suspicion that the Classic will be won in 10 feet or less, Lester adds these thoughts: “I can see the dirty water as a challenge and an opportunity. Cold, muddy water is one of the toughest scenarios a bass fisherman can face; but dirty water always warms up quicker when you get that sunshine. If we can get a couple of sunny days and get that water temperature above 50 degrees, the fishing could be good.

“I like off-colored water this time of year because the fish are going to get up shallow on a piece of cover and try to warm themselves and feed on ambush spots. That creates an opportunity to run around and catch them.”

Tournament waters hold spotted, largemouth and smallmouth bass, but only the latter two are likely to help a competitive bag. Tellico holds the largest population of sizable smallies, but VanDam says productivity with either species demands precision and persistence.

“Largemouth and smallmouth don’t live in the same kind of water. So you’re going to have to zero in on the areas and conditions that favor your style, your strength and the areas for either species; and then go grind out five bites a day — and be able to land them all.”

Doing so will require a diverse game plan with a mix of reaction baits and slower presentations. VanDam’s proficient with both, but he’s hoping his trademark power fishing with crankbaits, jerkbaits, etc. plays well.

It’s not going to be one of those events where you’re going to go out and get 30 bites a day. It’s going to be hard to get a limit each day under these conditions.
- Kevin VanDam 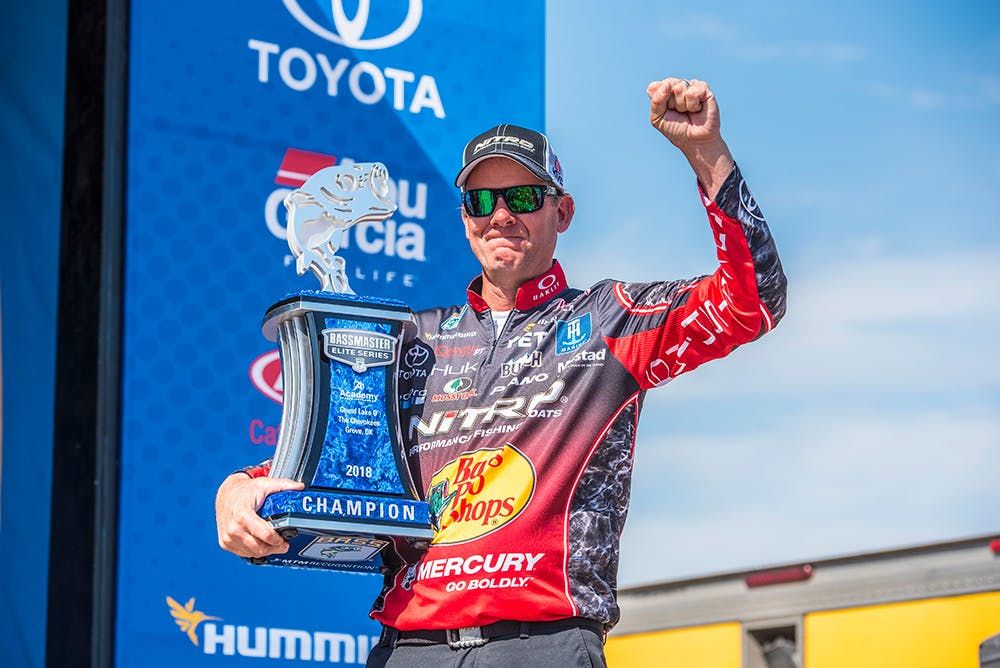 “I have a ton of confidence in my style of fishing, even in cold water,” he said. “I use Mustad KVD Triple Grip trebles on all of my baits for their hooking and holding power, especially when you’re cranking rocks and things that are tough on points. They’re very strong and durable, so when I get those bites, I know I’m going to have a really high landing percentage.”

VanDam also expects a flipping jig to be a big producer in the dirty water, especially if that water comes up and puts more docks, laydowns, etc. into play. Lester agrees and said he’ll also flip soft plastics rigged on a 4/0 Mustad KVD Grip-Pin Max flipping hook. Paired with a 5/16-ounce bullet weight, this package is ideal for covering shoreline and pitching to the sweetest shallow cover he can find.

“The thing about flipping is they’ll bite it, whether they’re really active or they’re being stubborn,” Lester said. “When it comes to cranking, spinnerbaits, bladed jigs and things like that, it can be very conditional; but no matter what the weather conditions are, you can always get bit flipping.”

Estimating Classic weights is always speculative, but VanDam breaks down his prediction based on two possible scenarios: If the event sees favorable conditions with a warming trend, he’ll expect 15-17 pounds a day to win. If cold, dirty conditions persist, he’ll back that down to 12-15.

“The biggest challenge will be consistency from day to day,” VanDam said. “If you can have one big day, that could help someone potentially coast through. You can overcome a bad day with a big day. It’s just going to be hard to duplicate big weights every day because it’s not a spot (location) fishery; it’s catch one here, catch one there.

“I think this fishery has windows where it can be incredible, but under tough conditions, it could be a real grinder. That could make it an awesome Classic for the fans to watch — a real shootout.” 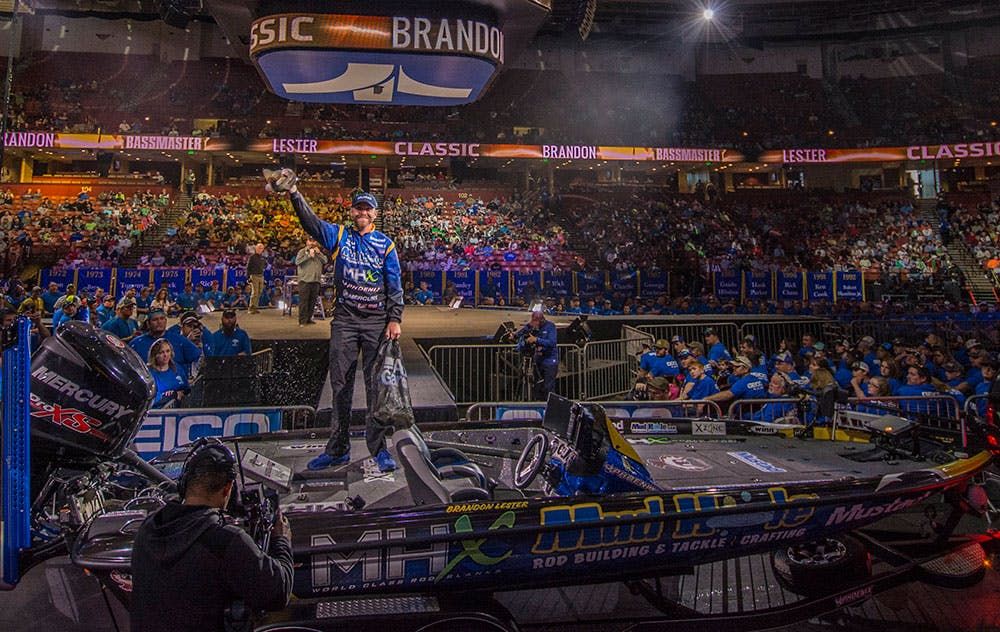